When (almost) everything changed: 30 years of the Volkswagen T4.

1990 was the start of a new era – and the long history of the Volkswagen van was no exception. After 40 years and three generations of vans with boxer engines in the rear, the new T4 is a culture shock: front engine, front-wheel drive, in-line instead of boxer engine, and a completely new design. We have had three decades to get used to it. Now the first Volkswagen T4 have become classic cars!

The reunification of East and West Germany, the collapse of the Soviet Union, the end of apartheid in South Africa – 1990 was a year full of transformations. On 28 August of that year at least, the eyes of the car world were on a little town in the Harz mountains in Lower Saxony:
The little spa resort of Braunlage was to become the backdrop for an enormous transformation. Volkswagen is presenting its new fourth-generation van – the T4. Karl Nachbar, then Head of Commercial Vehicle Development, speaks of “a change as radical as the replacement of the Beetle with the Golf”. The switch to front-wheel drive changes (almost) everything with the VW bus, too: the design, the chassis, the engines and the space on offer.

The available space has especially increased in the rear, where the engine of the T3 took up a lot of volume. At the front, the T4 became longer to create enough space for the four and five-cylinder in-line engines installed sideways. The Multivan makes expert use of the space created inside, with its versatile fittings consisting of bed space, a fold-out table and individual seats in the second row. The front engine concept also enables new freedoms in the fittings of the California campervan. The Caravelle with short wheel base offers a maximum of nine seats, while the T4 is also available as the first VW bus with a long wheel base. That gives the Caravelle enough space for a large family of twelve – or perhaps a whole football team plus coach.

These three designs in particular still impress even after 30 years with their clever space concept and ideal features for everyday use. Be it the California, Multivan or Caravelle, the T4 is a classic for the entire family. That is why we have now brought the spare parts highlights for the three models together for the first time. After all, with original Volkswagen Classic Parts, the T4 will not be yesterday’s van even tomorrow. 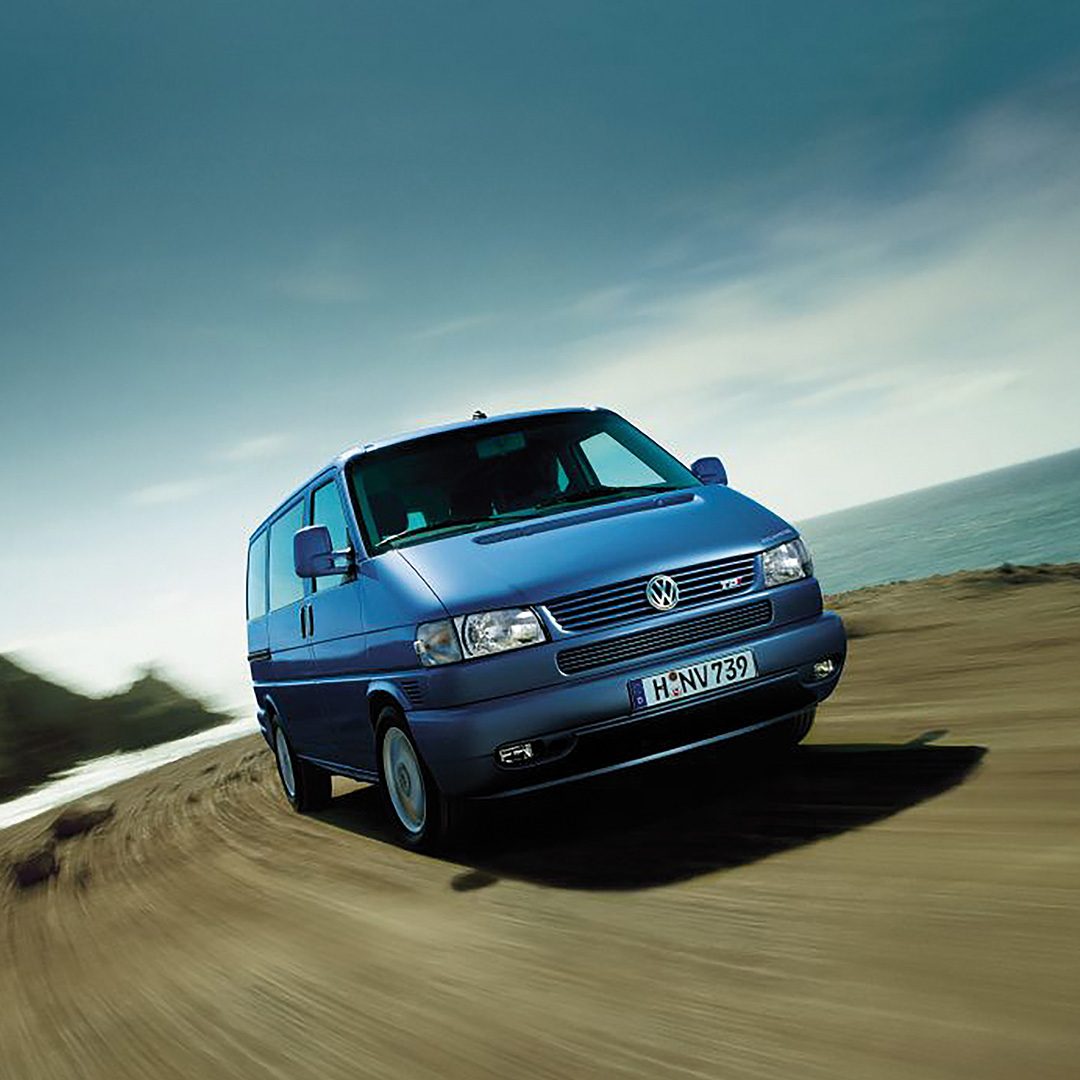 A spacious family car whose flexible interior fittings also make it suitable for short holidays: the T4 Multivan is a classic that can do it all. 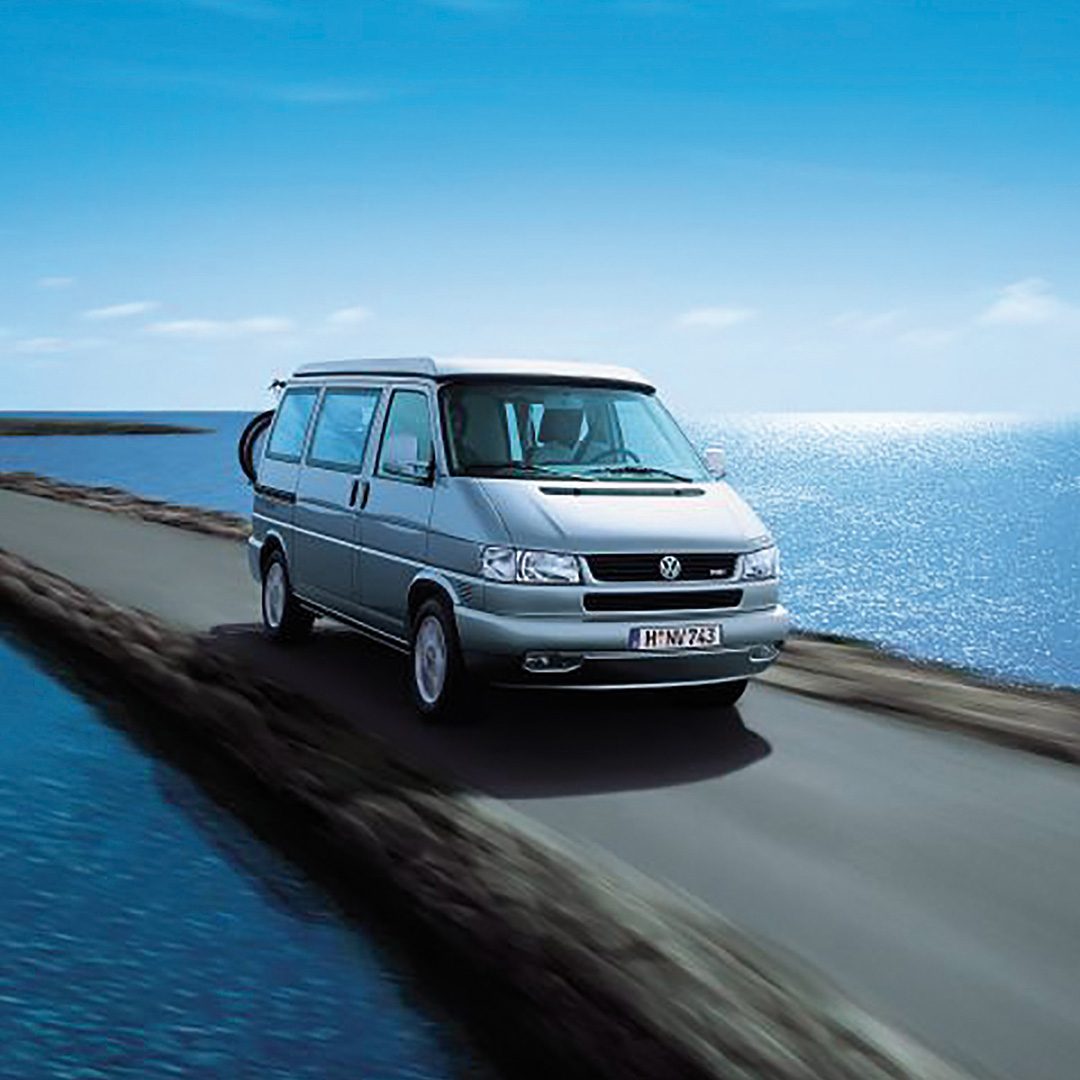 The perfect camping classic: the T4 California is as practical and agile as a normal VW bus in everyday use, and a full campervan on holiday. 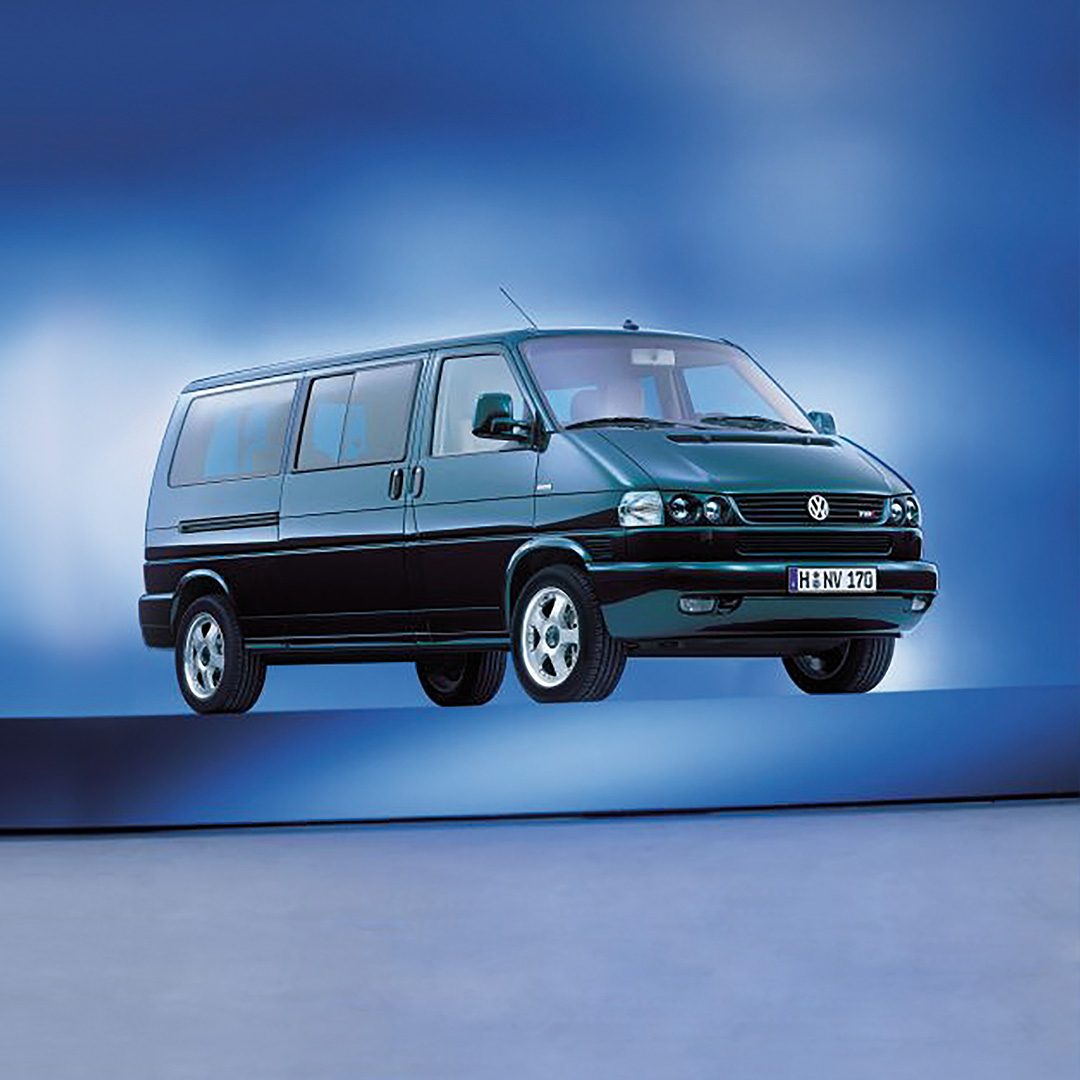 Be it packed with seats for carrying people or with enormous space for the next house move: the T4 Caravelle is a classic that is guaranteed to bring a smile to people’s faces. 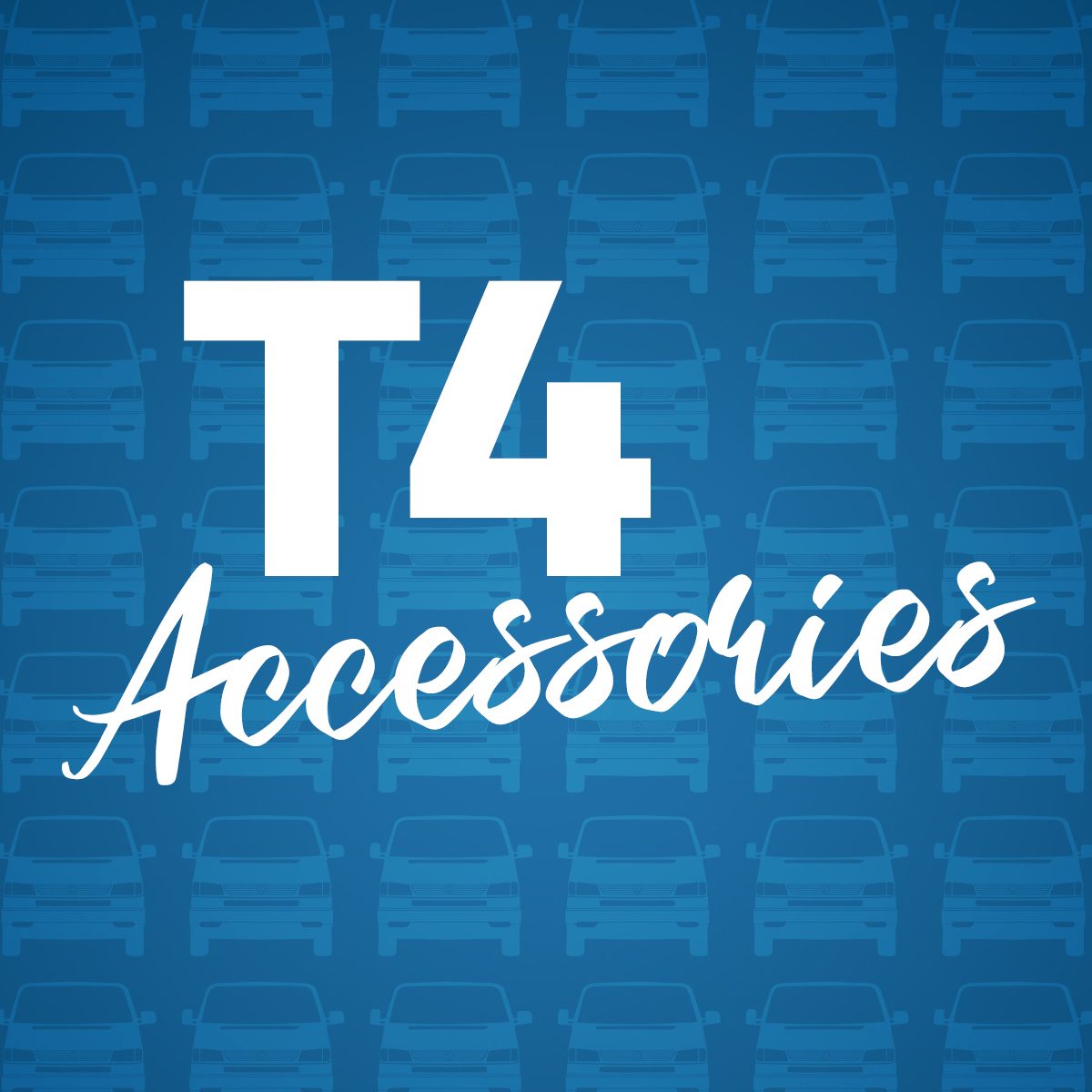 Of course, to celebrate this major milestone, we have come up with some very special accessories for T4 fans: after all, the T4 is a classic that is ideal for celebrations.

OneT4all: We present the T4 and its community. 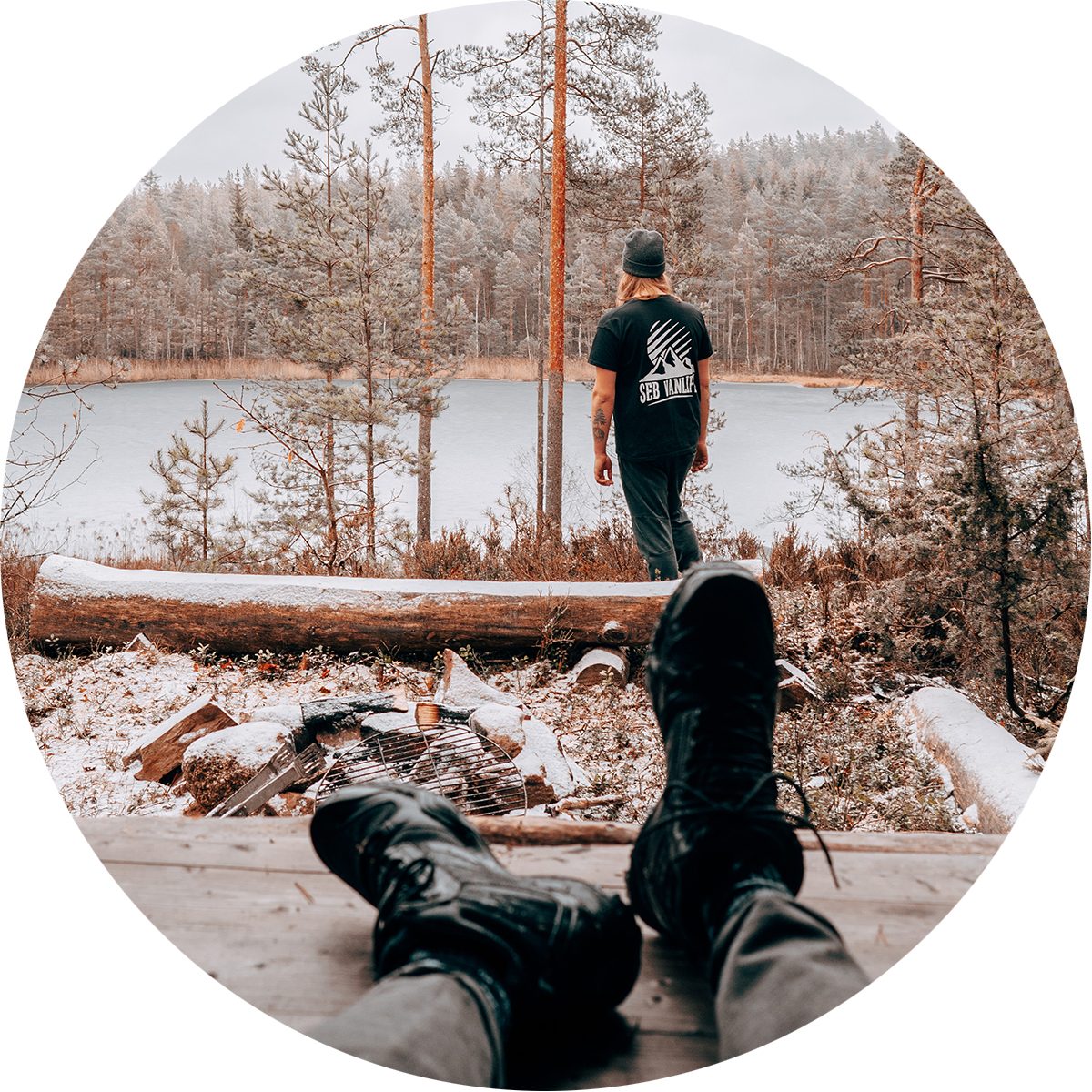 Every van eventually turns into a camper – a saying that also applied to the T1, T2 and T3. The T4 continues the tradition, as Philipp and Jannis’ bus shows: The two North Germans worked together to get their bargain bus back on the road, adding numerous features for travels all over Europe. Below, Jannis explains how it all started. 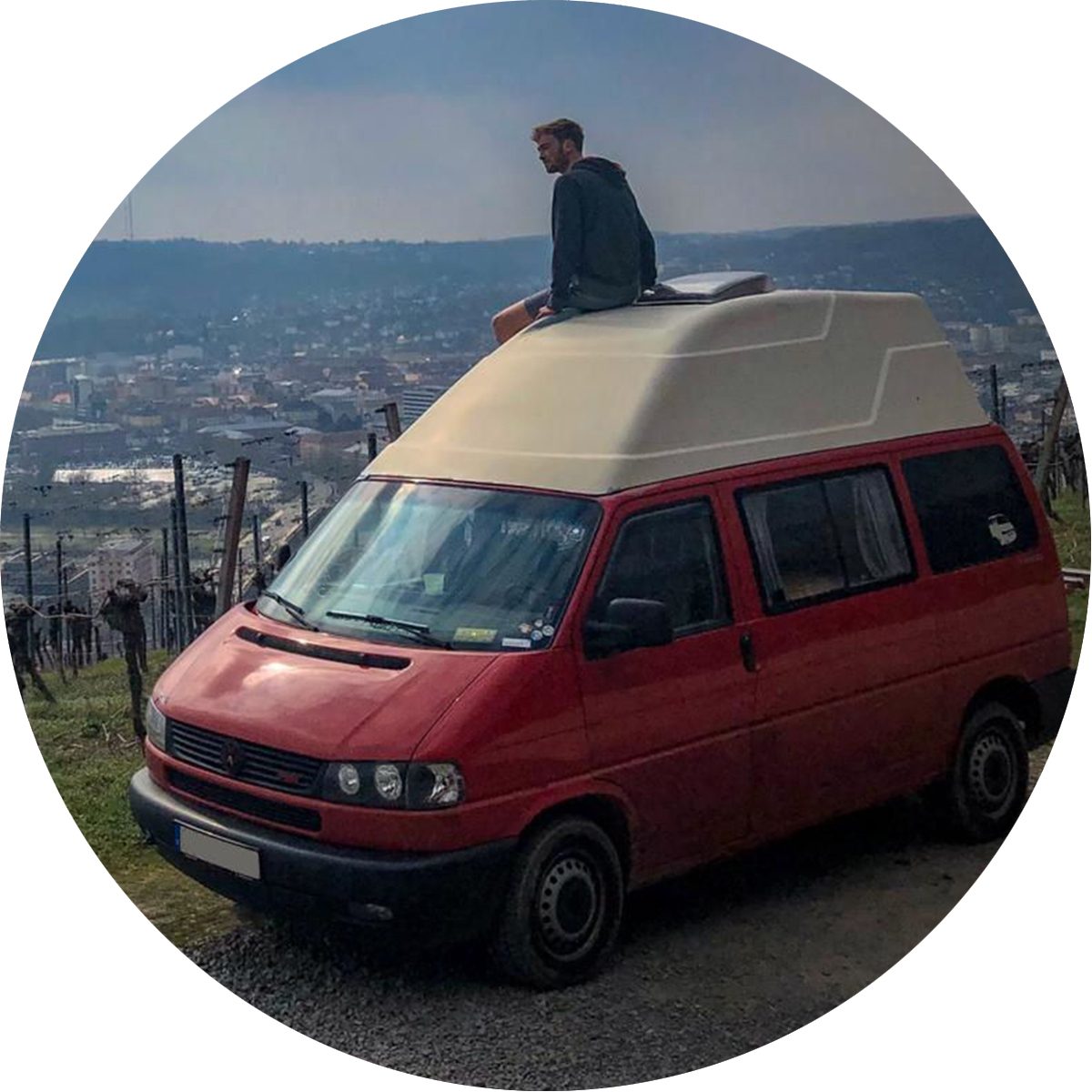 Bullisurfer:
A VW bus mechanic and his surf mobile.

"A student who loves to surf buys an old VW bus and renovates it as a camper himself: It has been the perfect script for automotive love stories for decades, and remains so to this day, if the almost 8,000 followers of the  YouTube channel “Bullisurfer” are anything to go by! Host Sebastian uploads a new do-it-yourself video every single week. Not because his T4 is constantly in need of repair – he just loves working on and optimising it." 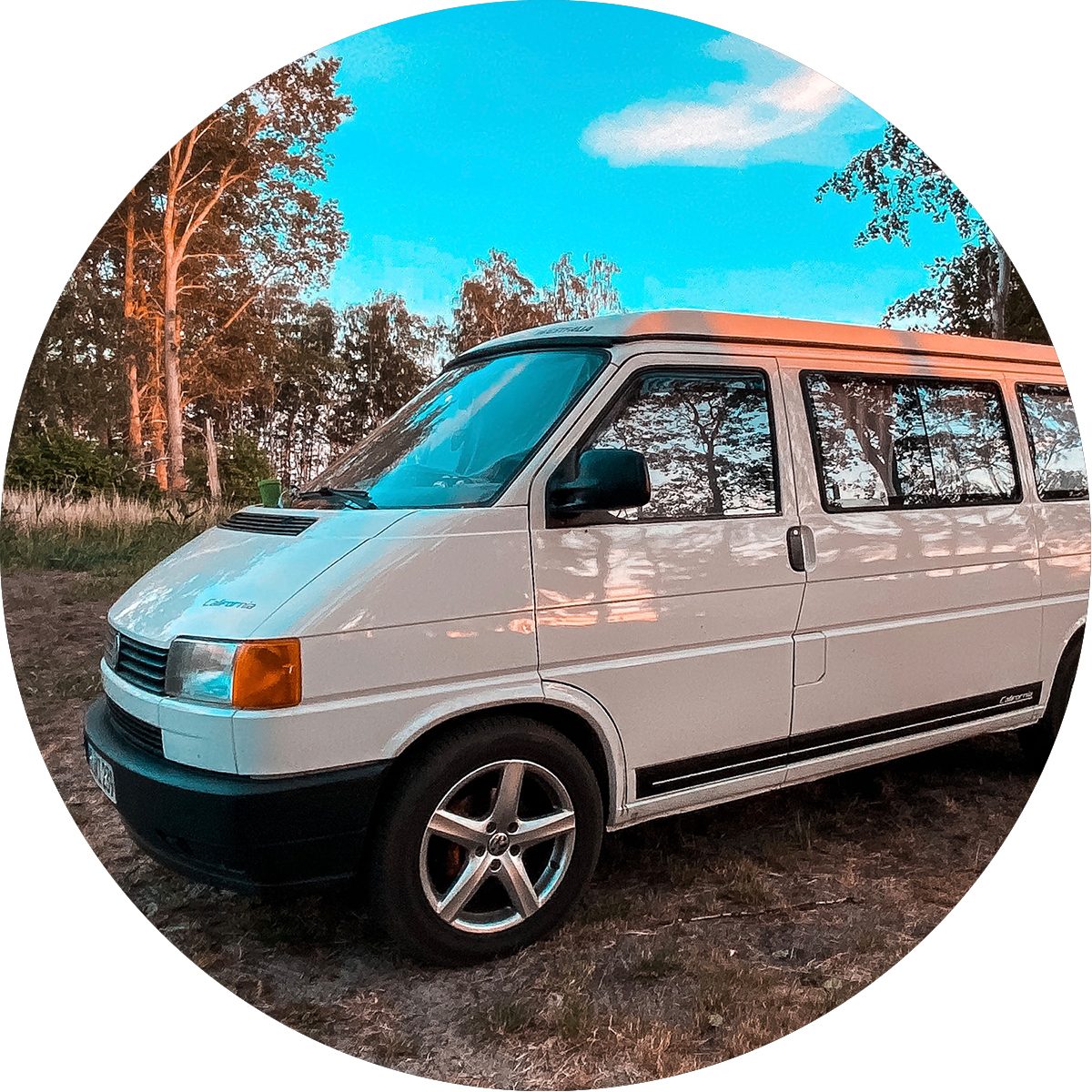 "Bolli" on tour:
Jeana and Marvin escape the stress of everyday life with their T4.

Jeana and Marvin’s T4 is a campervan of the very best kind: Be it a camping holiday or a brief excursion – the young couple love leaving everyday life behind and setting off in their “Bolli”. Their 1991 California might be a few years older than its owners, but it is lovingly cared for and is sure to cover many more kilometres on tour with them! 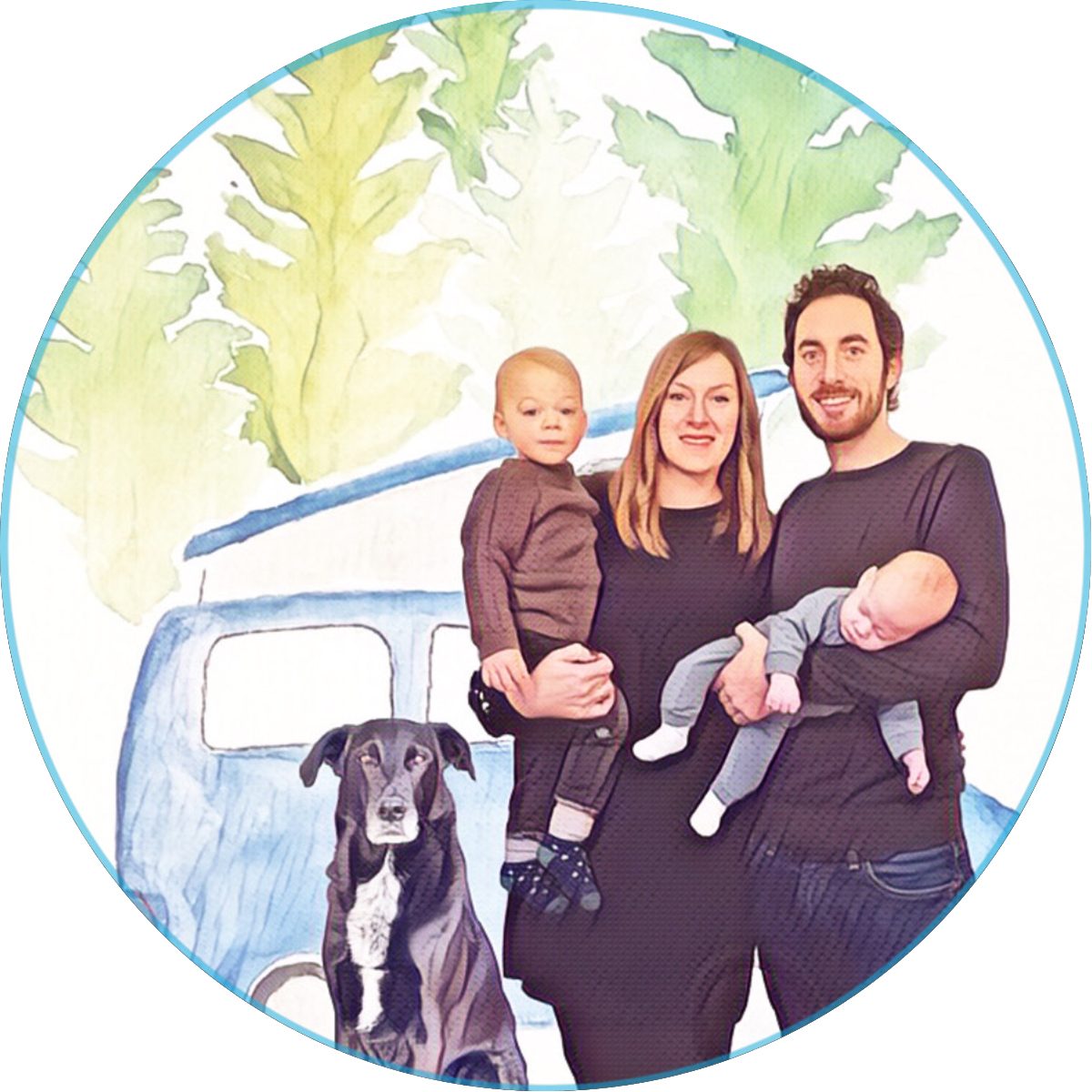 Die Bus.Bande:
Five in a T4: van life, family and everyday life with the California.

As a family car, the T4 is the ideal classic for every day. That is also the view of Inga and Stephen, who made their dream of their own VW bus come true after their wedding in Summer 2018. Their dog and two young sons complete the bus.bande. The family of five love to go on tour together and enjoy every excursion with their “Hotel California”. 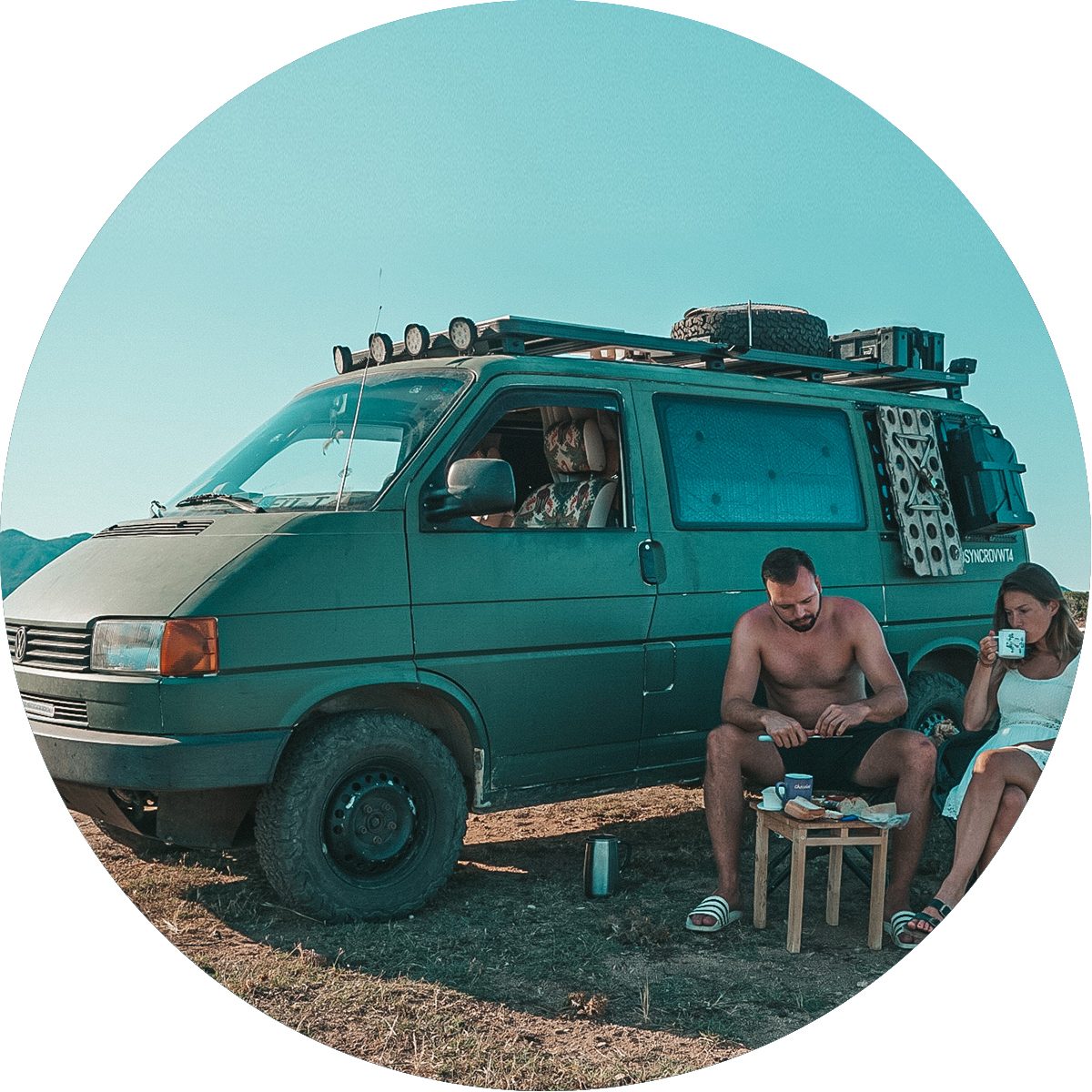 Bodenfreiheit:
The ideal compromise between camper and offroader.

"Buy a car, ideally with four-wheel drive, chuck a mattress in the back and off you go!” – This advice from a friend was where it all started. Not long afterwards, Christine and Lukas found a T4 syncro, transformed it into a camper themselves, and documented the renovation on Instagram. What the pair love most is travelling off-road to discover the world.