Our employee Sören has always been fascinated by the Volkswagen Golf Mk5 R32. Recently, he has fulfilled his dream of a six-cylinder engine. In addition to Beetle, Golf Mk1 and Mk2, Passat 35i, New Beetle or T4, we also now have a classic in our company car park, that is not yet twenty years old... 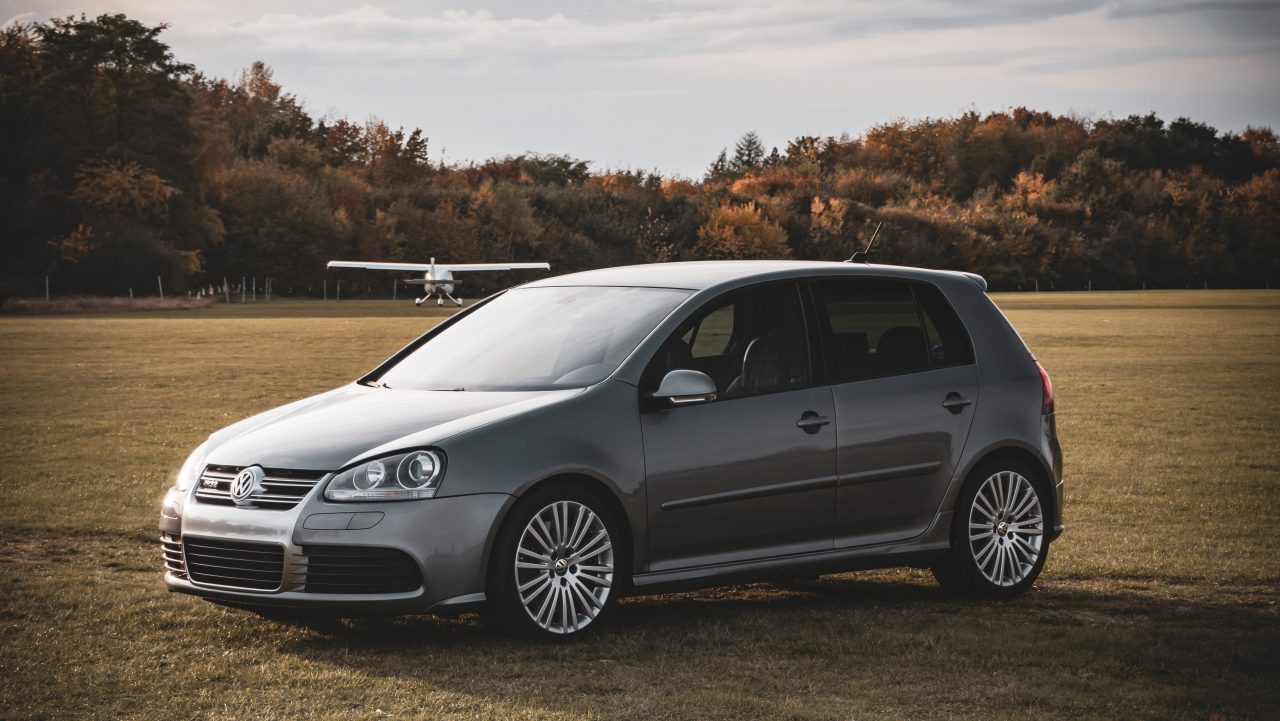 A dream car on hold

When the Golf Mk5 R32 was launched on the market, Sören was still an apprentice at a Volkswagen dealership: "Even then, it was always something special for me to see and, above all, hear this car. The distinctive sound of the six-cylinder engine was, and is, just music to my ears." However, purchasing his own Golf R32 was out of the question at that time and owning an R32 was not even something to think about for several years afterwards.

"An occupational disease": "R32 fever" is back

It wasn't until Sören switched to the purchasing department of Volkswagen Classic Parts in 2019 that the old dream of having his own R32 flared up again. That is because the topic of the Golf R32 is very important in this division of the company: the procurement of Golf Mk4 and Golf Mk5 spare parts is now a daily business, reports Sören: "R32 parts are, of course, a particular focus here; we already have a wide range of new products from the emblem through to the front skirt in our range as Original Volkswagen Classic Parts. If you are involved in spare parts for classic Volkswagen models for a living, you almost inevitably also deal with the cars themselves. So, then you often like to browse various on-line car marketplaces, you post matching search requests at some point and get notified as soon as a 'hit' is newly posted."

Sören, too, first looked for "his" Golf R32 without any obligation. The important criteria: "Original condition, technically and visually in top condition and the vehicle history should also fit. Oh, and it should have a sunroof and bucket seats, if possible". However, you can find hardly any R32 in the combination he wanted today. In the end, however, a specimen without bucket seats and a sunroof turned up and fate took its course... At the first inspection, the first test drive and after the first hundred metres it was already clear – this is the R32 for Sören: "Visually top. The sills, wings and tailgate were free of rust. Everything was original and very well maintained. You could already see this in the car park. The service history showed no gaps, all of the fluid change intervals had been observed meticulously. The odometer showed 105,000 km and, according to the service history, the timing chain had been changed at 95,000 km (this problem is well known with the R32 community). Of course, this was done at an official Volkswagen workshop." After a brief negotiation, the deal was perfect and the Golf Mk5 R32 changed hands.

A dream car in dream condition

Sören has never regretted the purchase since then. The first 14 years on the road seem to have left almost no trace on his Golf: "The interior was absolutely clean and well-kept, it had the finest leather upholstery, plus a black headliner and black pillar trim. You just feel comfortable in this Golf." Thanks to the paint finish in "unitedgrey metallic" (L A7T), it is also very discreet on the outside. But what is the most important thing about the R32? "The sound. That is simply the best thing about the R32. In every rev range, the six-cylinder is simply great to listen to and you can't stop grinning," says Sören enthusiastically.

In the first year, not much was changed on the car, only the blue R36 ignition coil plug caps, including blue corrugated pipe, from Volkswagen Classic Parts were retrofitted. Later, an original US radiator grille was added, the rims were visually restored to new condition and a new exhaust system has also been installed in the meantime. Now the sound of the R32 is even richer and more beautiful.

Perhaps it was fate that Sören found and bought this particular Golf Mk5. Because the production date of the R32 has a small, but fine special feature: "The Golf rolled off the assembly line exactly on my birthday at the plant in Wolfsburg!" If that's not a reason to celebrate... 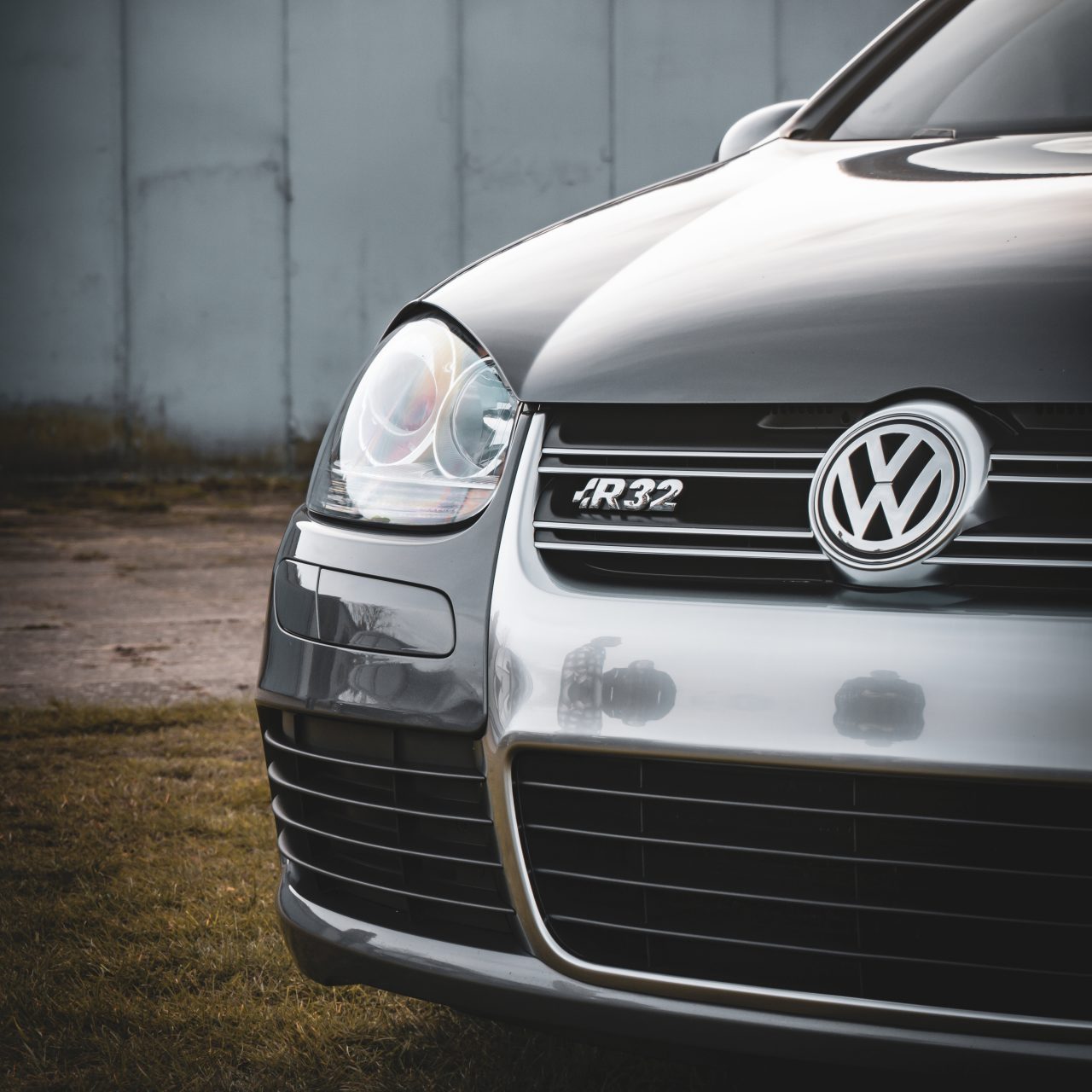 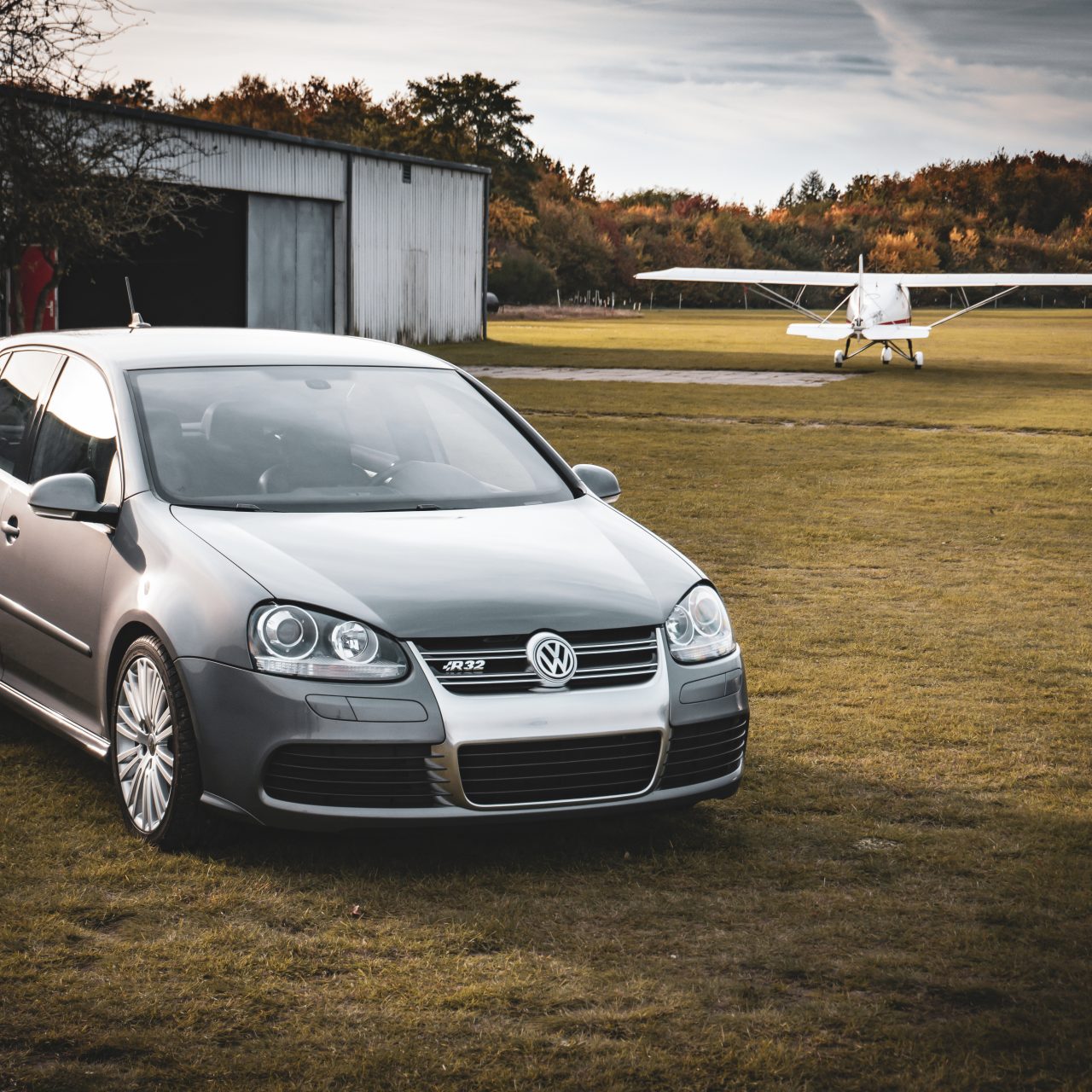 Click your way through the matching Original Volkswagen Classic Parts for your model: the vehicle identification number makes searching for Youngtimers from 1998 onwards child's play. Based on the stored data, the spare parts suitable for your vehicle are automatically displayed. Try it out right now and find spare parts for your Volkswagen!